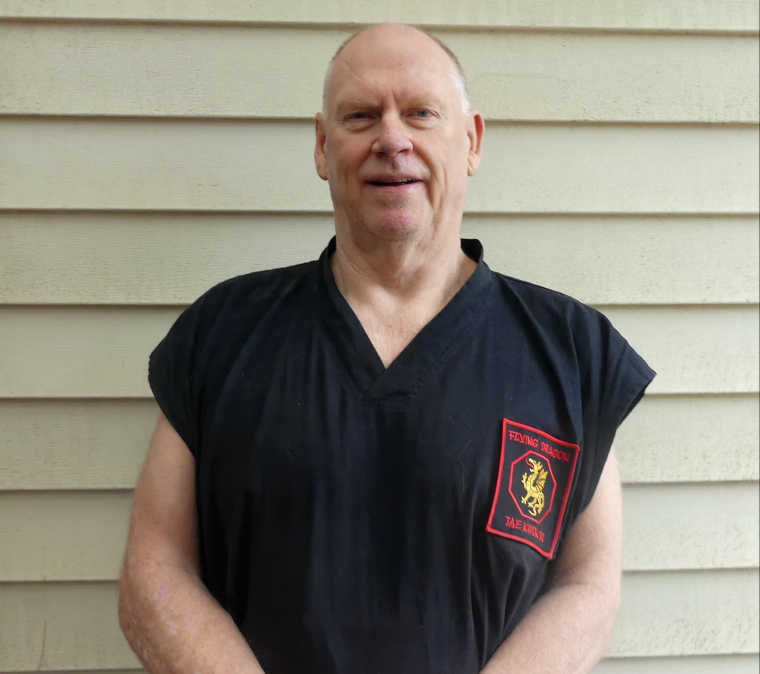 2022 will see my 30th year in martial arts. A late starter, I commenced in 1992 with my two boys, mainly as support for them but soon grew to love it. Training 6 times a week through the 1990’s we each received our Black Belts in 1996. Mordialloc Dojang started in 1998 and I took over running it in 1999 when Parkdale closed down. I was a second Dan by then and we slowly grew the school to the biggest and best in our Academy. I continued to train with Geoff who was my instructor and do other things outside of our Academy. I loved the weapon side of martial arts especially the Filipino sticks and trained in two different styles over the years, gaining high rank in both. Both Paul and I were promoted up to the rank of Golden Dragon in the mid 2000’s and we gained higher Dan rankings as our experience grew. By 2012 we were promoted to Seventh dan. With Geoff’s death in 2016 his final wish was that Paul and I take over the running of the Academy jointly. With this came promotion up to Eighth Dan. A rank I still hold today.